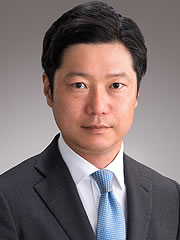 Joined Warburg Dillon Read LLC (now UBS Securities Japan Co., Ltd.) in 1999, and was appointed as a senior analyst in charge of the retail sector of the stock research department in 2003. In 2010, he was transferred to Credit Suisse Securities LLC, working concurrently as an analyst in charge of the retail sector and as a research group leader for consumer-related industries. He joined Frontier Management Inc. in 2017.

He was engaged in industry and corporate research in the consumer sector (retail, food and consumer goods) for 18 years from 1999 to 2017. He was responsible for rating the stocks of more than 50 listed companies.

At UBS Securities Japan Co., Ltd., he became the company’s youngest ever senior analyst (in charge of the food and consumer goods sector) in 2002. He consistently performs well in the rankings of popular analysts released by Nikkei Veritas (his highest rank was second in the general retail sector in 2010).

University of Tokyo (Bachelor of Economics).