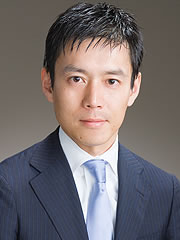 After working at an accounting firm, Akinori Nishida was involved in the domestic private equity fund-backed corporate turnaround of Sweet Garden Co., Ltd. in 2003. After a term as Manager of Corporate Planning, he was appointed as Director and General Manager of Administration in 2005. Nishida joined Frontier Management Inc. in 2007.

Mr. Nishida′s duties at the accounting firm were mainly in an advisory role, including helping the management of medium-sized firms in formulating strategies, advising in restructuring their businesses, consulting in management matters, and assisting in laying the groundwork for public offerings. Most notably, as CFO, he instituted hands-on management practices at an unlisted foreign-backed foodservices company opening stores nationwide and contributed to better corporate performance in terms of funding and other financial facets of the company.

At Sweet Garden Co., Ltd., whose turnaround was financed by a private equity fund, Mr. Nishida pushed through management reforms, which chiefly consisted of BPO and other financial restructuring and was successful in refinancing the company through a leveraged buyout loan. As an executive officer, he guided management through the successive growth stages and was involved until the turnaround was complete, when all shares were transferred to a domestic business corporation.

From 2008, at Frontier Management Inc. Mr. Nishida was involved chiefly in the voluntary liquidation of the Alpico Group (a part of the Matsumoto Electric Railway Group), a conglomerate of primarily transportation, transport, retail, and tourism businesses. He subsequently joined management as an executive director, an executive role that centered on structural reforms. Since 2011 he has been a director of the group.

Mr. Nishida is coauthor of Shiteki-seiri Keikaku-sakutei no Jitsumu (“The Practice of Drafting Plans for Private Liquidation”, Shojihomu, 2011), Professional Keieisha to Buyout (“Professional Managers and Buyouts”, Chuokeizai-Sha, 2012), among other writings.