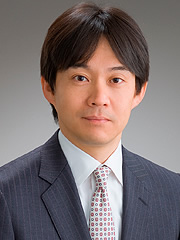 Toshi Mitsuzawa joined Nissho Iwai Corporation (now Sojitz Corporation) in 1993, where he served in the Legal Dept. and Credit Dept. In 1998 he was assigned to the New York offices. In 2001, he moved to PricewaterhouseCoopers Financial Advisory Services Co., Ltd. In 2003, Mr. Mitsuzawa joined Lazard Frères & Co., and then joined GCA Savvian, a Japanese boutique firm in 2006, and was appointed as Managing Director in 2011. He joined Frontier Management Inc. in 2012 and was appointed as Managing Executive Officer. From 2017, he also holds the posts of Head of Asian Business Division and Manager of Singapore Branch in addition to Head of Financial Advisory Department.

At PwC FAS, Mr. Mitsuzawa performed M&A and restructuring advisory work. He was also involved in the creation of several financial institution-led large private equity funds, the first of their kind in Japan.

At Lazard Frères & Co., Mr. Mitsuzawa worked on restructuring and M&A advisory work , and on projects involving the sale of assets held by financial institutions.

During his tenure at GCA Savvian, he oversaw the execution of numerous projects, including cross-border deals, domestic companies’ mergers restructuring, takeover defense advisory, and MBOs. Some of the more notable projects he was involved with were the acquisition of the U.S. based Defibtech, LLC by Nihon Kohden , Nagase & Co.,’s sponsorship of Hayashibara under restructuring process, the merger of Panasonic Telecom with ITC Networks Corporation, and the acquisition by Hitachi, Ltd. of assets of Next Generation Packet Core Network Components from Nortel Networks Limited and two other companies. Mr. Mitsuzawa also led Japan/ India M&A deals, contributing to the company having the highest domestic number of Japan-India business deals in 2011.

Mr. Mitsuzawa has worked on M&A-related projects throughout most of his career, and as a result of his experience he has developed extensive networks of contacts in the U.S., India, China, Southeast Asia, Europe, Brazil, and elsewhere throughout the world.

At Frontier Management Inc., Mr. Mitsuzawa has offered financial advisory services related to the split-off of the Finance Solution Business Division of Hitachi Management Partner, Corp., a wholly-owned subsidiary of Hitachi, Ltd., and the subsequent transfer of its shares to the Genpact Group. Other transactions that he has worked on as a financial advisor to Topy Industries, Ltd′s establishment of a Joint Venture Company in India related to the Manufacture and Sales of Passenger Steel Wheels and the divestment of shares in Payroll, Inc. held by JAFCO Co., Ltd. to an investment fund managed by Création Capital, Inc.