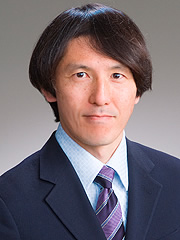 Tomohiro Murata joined Daiwa Securities Co., Ltd. in 1991 and was assigned to the Investment Strategy & Research Dept., which engaged in research intended for overseas investors. He transferred to the Daiwa Institute of Research, Ltd. in 1994, upon its merger with the Investment Strategy & Research Dept. of Daiwa Securities. In 1996, he transferred to the Research Department of Morgan Stanley Japan Securities Co., Ltd. Mr. Murata joined Frontier Management Inc. in 2009 and was appointed as Managing Director.

Mr. Murata has 17-year experience as an industrial analyst. At Daiwa Securities Co., Ltd. and Daiwa Institute of Research, Ltd., he was in charge of research of the telecommunication equipment, semi-conductor, semi-conductor production equipment, and software industries. At Morgan Stanley Japan Securities Co., Ltd., he began research of the electronics parts industry in 1999, and since then he has been ranked around the top of various rankings, including being rated No.1 in 2001 in the Nikkei Analysts Rankings.

Mr. Murata’s stance of uncovering a company’s intrinsic competitiveness without being mired in superficial changes or constrained by myopic views has gained wide acceptance by business corporations.

Mr. Murata has been known to actively visit not only leading corporations but also medium-sized companies and non-listed companies, and while at Morgan Stanley, he authored the greatest volume of reports among the analysts.

University of Tokyo (Bachelor of Engineering).