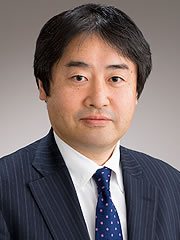 After registering as an attorney with the Tokyo Bar Association in 1992 (44th term), Shoichiro Onishi joined the law offices of Okuno & Partners, and was appointed as a partner in 1997. He joined the Industrial Revitalization Corporation Japan in 2003, where he served as Managing Director. Mr. Onishi co-established Frontier Management Inc. in 2007 and currently serves as Co-president. He was appointed President of Frontier Turnaround Inc. (a wholly-owned subsidiary) upon its establishment in 2012.